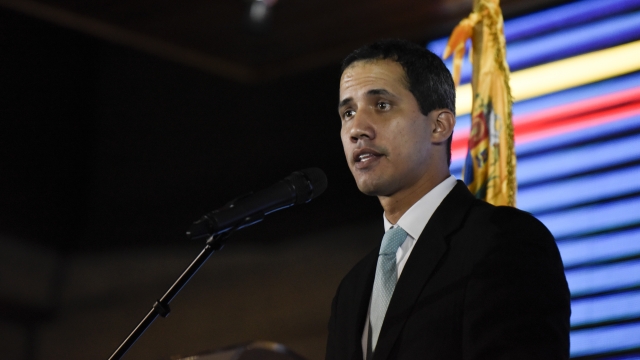 But before we get into that, let's go through some quick background: In January, opposition leader and head of the Venezuelan National Assembly Guaidó declared himself interim president. The U.S. quickly jumped in to support him and was joined by a number of countries, overstepping Venezuelan President Nicolás Maduro, who was sworn in for his second term in office at the beginning of the year.

Many countries refused to recognize Maduro's re-election to begin with, alleging the vote was rigged and criticizing Venezuela's election process.

Last week, Spain, Germany, France and the U.K. issued Maduro an ultimatum. The deal was, essentially, call fair elections within eight days or we'll recognize Guaidó as the interim president. The Venezuelan president rejected that ultimatum, and so here we are.

The U.K.'s foreign secretary tweeted saying the country would recognize Guaidó as interim president "until credible elections can be held" and was joined by Spain, France, Germany, Austria, Denmark and the Netherlands.