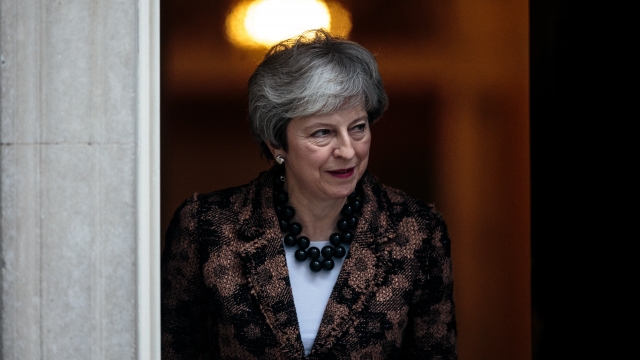 British lawmakers directed the prime minister to reopen negotiates with the European Union over the deal's controversial Northern Ireland backstop.

U.K. Prime Minister Theresa May wants to renegotiate a Brexit withdrawal agreement with the European Union – but EU leaders reiterated Wednesday they aren't willing to hear her out.

"The only point I want to make is to confirm that the EU institutions remain united. And we stand by the agreement we have negotiated with the U.K.," Chief EU Brexit negotiator Michel Barnier told reporters.

The problem stems from the fact that while the British government and EU heads of state rubber-stamped May's preliminary Brexit deal last year, not enough members of U.K. Parliament supported it.

British lawmakers voted Tuesday on a number of amendments to May's original Brexit policy, including a mandate directing her to reopen negotiations with the EU over the controversial Northern Ireland backstop.

That vote gave May an idea of what kind of a Brexit deal lawmakers are willing to support. But with the U.K. less than two months away from its scheduled exit from the EU, there's not a lot of time for May to get all parties on board with the same plan.

Senior EU leaders have repeatedly said the original withdrawal agreement is not up for renegotiation.