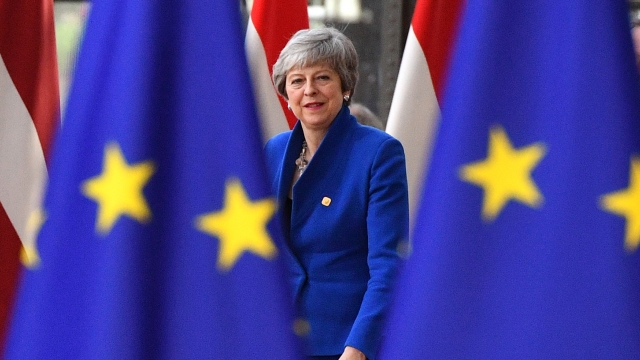 With just hours to go until Britain was set to crash out of the European Union without a deal, it appears the U.K. has been granted another extension.

EU leaders and British Prime Minister Theresa May agreed to let Britain remain until Oct. 31, with a review planned for June. The offer allows Britain to leave earlier if Parliament passes a Brexit withdrawal deal.

That part is easier said than done. Parliament has rejected May's proposals three separate times and has not come close to agreeing on any sort of alternative deal. May has been negotiating with opposition leaders to try and hammer out some sort of compromise.

Earlier this week, she asked EU leaders for an extension until June. European Council President Donald Tusk said he was open to a longer extension, but only on the condition that Britain take part in European Parliamentary elections set for the end of May.

Britain was originally supposed to leave the EU March 29, but May was able to get an extension to April 12.