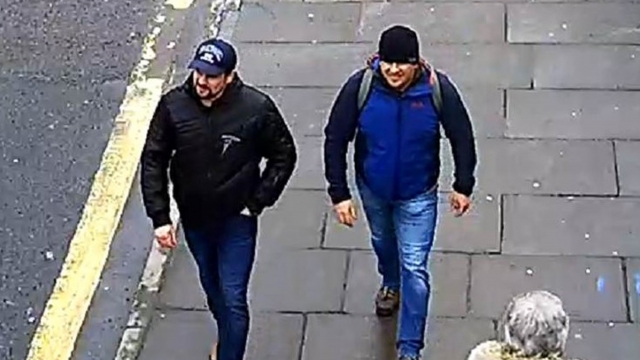 Russia's threatening to retaliate after the European Union imposed sanctions against the two Russian nationals accused of poisoning a former Russian spy in the U.K. last year.

Sergei Skripal and his daughter Yulia were rushed to a U.K. hospital in critical condition back in March 2018 after coming into contact with the nerve agent novichok.

British prosecutors charged Alexander Petrov and Ruslan Boshirov in connection with the attack, but since they're both now in Russia, they haven't been arrested.

The two men both deny any involvement, saying they were just visiting the city as tourists. But British authorities say they're really agents for Russia's military intelligence service, commonly known as the GRU.

The EU also sanctioned both the head and deputy head of the GRU in connection with the attack on the Skripals. All four men are now subject to visa bans and possible asset freezes.