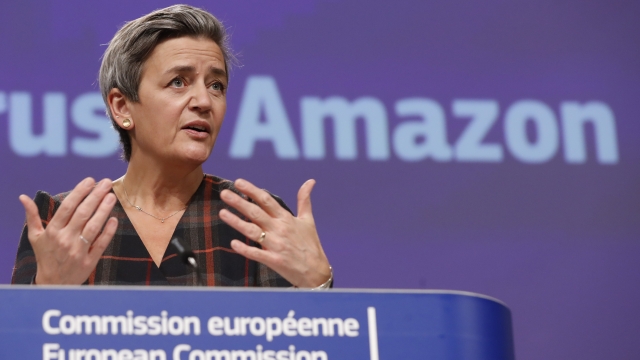 The EU says Amazon's use of non-public data gives it an unfair advantage, preventing competition against third-party retailers on its website.

The commission said this allows it to leverage dominance in France and Germany — its two largest European markets.

Amazon has rejected the claims.

The EU is also conducting a separate investigation into whether Amazon favors its own products over third-party retailers.