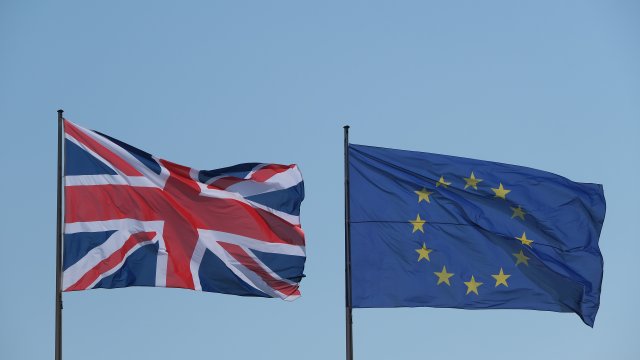 EU and U.K. leaders are scheduled to meet at a summit Wednesday to vote on the extension.

The European Union is expected to approve the U.K.'s request for a Brexit extension, but with certain conditions.

That's according to Reuters, which saw a draft statement by the EU's national leaders. The statement extends the deadline to June 1, about a month less than what Prime Minister Theresa May requested last week. The deal would also force the U.K. to take part in the upcoming European parliamentary elections if it's still a member of the EU in late May.

May recently sent a letter to EU Council President Donald Tusk, asking for an extension to June 30. She also argued it wasn't in the best interest of the U.K. or the EU for Britain to hold those elections.

In response, Tusk tried a different approach, suggesting an even longer extension, up to one year.

EU and U.K. leaders are scheduled to meet at a summit Wednesday to vote on the extension. As of right now, the U.K. is scheduled to leave the EU on April 12.