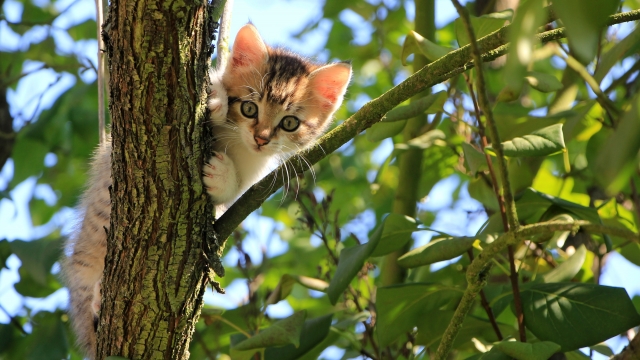 SMS
EU 'Categorically' Denies That It Will Ever Force Cats To Stay Inside
By LeeAnne Lowry
By LeeAnne Lowry
November 29, 2019
A spokesperson said "the Commission is a strong defender of free movement rights — including of cats."
SHOW TRANSCRIPT

The European Commission has "categorically" denied that it will ever force cats to be kept inside or on leashes.

The odd clarification came in response to a recent study in Oxford's Journal for Environmental Law. It argues that outdoor cats should be forbidden under the EU's Birds and Habitats Directive, which protects birds and other wildlife. The lawyers behind the article say letting a cat roam freely outside when you know it could damage biodiversity should be considered a violation of the law.

An EU spokesperson struck down the suggestion, saying "the Commission is a strong defender of free movement rights — including of cats."

Outdoor cats in the U.K. are estimated to kill tens of millions of birds a year. The the most commonly killed species are house sparrows, blue tits, blackbirds and starlings.