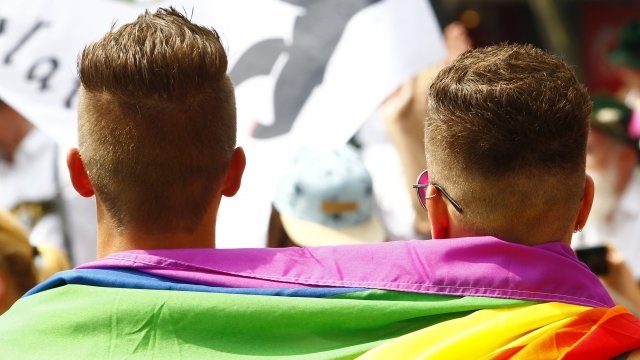 The European Court of Justice ruled that all countries in the European Union must recognize the residency rights of same-sex couples, regardless of their local law.

The case was filed by a same-sex couple, Claibourn Hamilton and Adrian Coman. Hamilton is American and Coman is a dual citizen of Romania and the U.S., and they were legally married in Belgium in 2010.

Fast forward a few years, and the couple wanted to move to Romania. As an EU citizen, Coman was free to do so, but the Romanian government said Hamilton didn't qualify to move with him as a spouse because the country doesn't allow same-sex marriage.

Romania is one of six countries in the European Union that don't allow any form of same-sex marriage or civil union.

The couple took their fight to court and won. The ECJ ruled, when considering residency, member states must recognize same-sex marriages performed in other countries. The court clarified that individual countries are still free to set their own rules on the definition of marriage, but it said recognizing unions in other countries "does not undermine the institution of marriage" in the host nation.