EU Court: Google Must Honor Citizens' Right To Be Forgotten 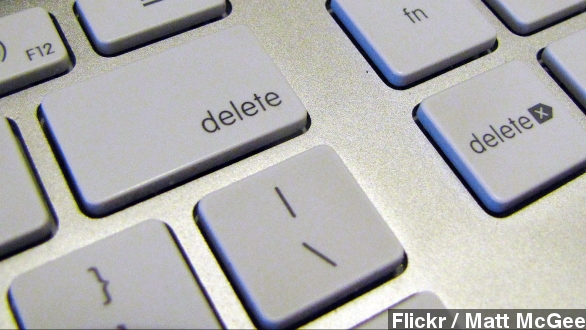 SMS
EU Court: Google Must Honor Citizens' Right To Be Forgotten
By Mikah Sargent
By Mikah Sargent
May 13, 2014
The European Union's Court of Justice has ruled search engines must remove certain links in search results upon request.
SHOW TRANSCRIPT

The European Union's Court of Justice has ruled in favor of what it calls citizens' "right to be forgotten." (Via Flickr / Gwenaël Piaser)

According to the BBC, the court's ruling requires search engines to remove links in search results upon request if those links are "inadequate ... or no longer relevant."

The outlet says the ruling came after a Spanish man "complained that an auction notice of his repossessed home on Google's search results infringed his privacy." (Via BBC)

As you might expect, search companies are none too pleased with the ruling. In a statement to The Verge, Google said, "This is a disappointing ruling for search engines and online publishers in general."

In fact, the news seemed to catch Google by surprise because it's quite different from the position taken by the court's advocate-general.

According to The Wall Street Journal, the advocate-general, who advises on cases that could affect the law, ruled in favor of Google, offering up the opinion that search operators shouldn't have to honor these requests.

"We are very surprised that it differs so dramatically from the Advocate General's opinion and the warnings and consequences that he spelled out." (Via The Wall Street Journal)

And a writer for The New York Times says the ruling will likely have consequences outside the scope of Google and other search engines. "Companies like Facebook and probably Twitter — would need ... to become more actively involved in refereeing complaints from users about information carried online."

Because the E.U.'s Court of Justice is the bloc's highest court, Google will be unable to appeal the decision. (Via Flickr / Stuck in Customs)