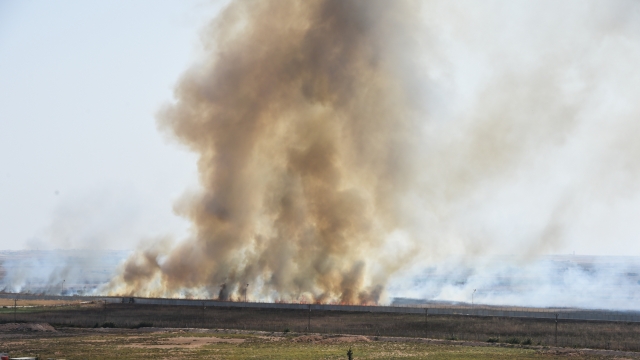 Other European Union countries are joining France and Germany in banning arms sales to Turkey in light of its military offensive in northern Syria.

In a statement Monday, the EU said Turkey's military action "seriously undermines the stability and the security of the whole region." As a result, several EU member states are taking national stances on arms export policies to Turkey.

This comes as a rare move for many of the European Union countries for whom Turkey is a NATO ally, according to ABC.

Last week, Turkey launched a military offensive against Kurdish forces in northern Syria. Turkey views those forces as a terrorist organization. Turkey says the offensive comes as a push to create a "safe zone" along the border between Turkey and Syria in an effort to return over 1 million Syrian refugees to the region.

The United Nations says this offensive has only led to further displacement, with an estimated 160,000 people having fled their homes in northeast Syria in response to Turkey's action in recent days.

In its statement, the EU said Turkey's security concerns should be addressed through "political and diplomatic means, not with military action, and in accordance with international humanitarian law."

Turkish President Recep Tayyip Erdoğan has clapped back at the EU's criticism, however, telling member states he would "open the gates" and send refugees their way if they kept referring to his "operation" as an "invasion."

The EU is also looking into hitting Turkey with a potential list of sanctions over its drilling activities off Cyprus.