Robots Could Soon Be Considered People ... Kind Of 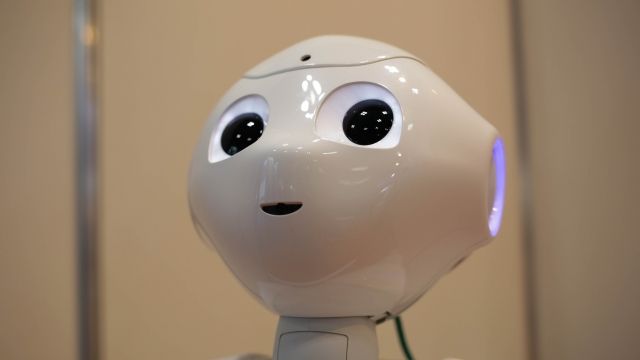 Robots are increasingly becoming a part of everyday life, and some officials want legal protections if something goes wrong.

A human-like robot could eventually get some of the same legal status as, well, a human.

The European Union is toying with the idea of giving robots a certain amount of personhood under the law.

That doesn't mean you'll see robots staging civil rights marches; some of them have enough trouble walking on their own. But it does mean companies that create them would be liable if something goes wrong.

Whether we're talking autonomous vehicles or a machine that's only job is to be your friend, robots are becoming more sophisticated and are increasingly involved in everyday life.

Some officials want protections (like a registry) to know who owns what robot, a code of ethics that includes kill switches and even an EU agency for artificial intelligence research.

Before any of this happens, those who back the draft need to figure a few things out — like what exactly defines a "smart autonomous" robot.

Even after that's sorted out, officials could decide to ignore the suggestions. Still, rules like this are worth thinking about as robots become more and more independent. We don't need an uprising à la "I, Robot."