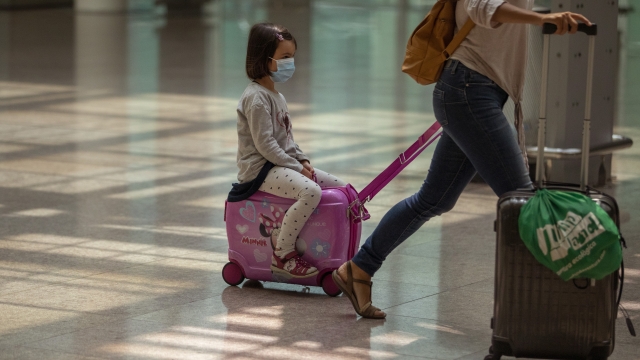 In a bid to restart tourism, the European Council said it would gradually lift "the temporary restrictions on non-essential travel into the EU."

The European Union has approved 14 countries to resume travel to its member states, and the U.S. is not one of them.

In a bid to restart tourism, the European Council said it would gradually lift "the temporary restrictions on non-essential travel into the EU." Starting July 1, the EU will open the borders between its member countries, as well as Australia, Canada, Japan and other countries which meet certain criteria. China will be added to the list once it drops restrictions on EU residents.

Many EU countries' economies rely heavily on tourism, and they're hoping to jump start the industry. Some tourists are still skeptical, though, about the safety of traveling while the virus is still prevalent in many areas.

And despite the over 10 million U.S. travelers who have headed to Europe each year since 1997, the U.S. was left off the list because of its recent surge in coronavirus cases. It's led states like Arizona and Florida to walk back reopenings. Similar trends in Brazil, India and Russia kept those countries off the list, as well.

However, the EU says its list will be updated every two weeks. It will add and remove countries based on their coronavirus trends.