The EU Has Approved Brexit, But It's Far From A Done Deal 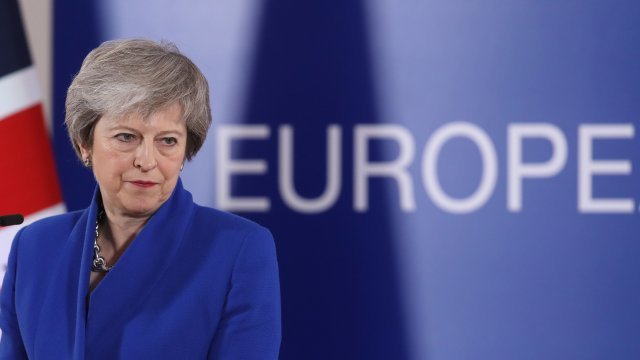 The leaders of the European Union unanimously approved a deal that would see the U.K. leave the EU by the end of March.

After less than an hour of discussion Sunday — but years of negotiation in the lead-up — the 27 other members of the E.U. signed onto the deal. The next step is for the British Parliament to vote on it.

While British Prime Minister Theresa May has tried to rally support for the deal at home, she's faced dissent from the opposition Labour Party and from her fellow Conservatives.

A major source of division is still the question of a so-called backstop for Northern Ireland. The current agreement would require Northern Ireland to follow certain E.U. regulations the U.K. wouldn't have to in order to avoid a hard border with the Republic of Ireland, which is part of the EU.

It's unclear what will happen if Parliament does reject the deal. Irish Prime Minister Leo Varadkar said E.U. leaders specifically avoided talking about what would happen if the deal isn't ratified, and other E.U. leaders have emphasized this is the only deal they're willing to consider.