EU Announces New Tariffs On Dozens Of Goods From The US 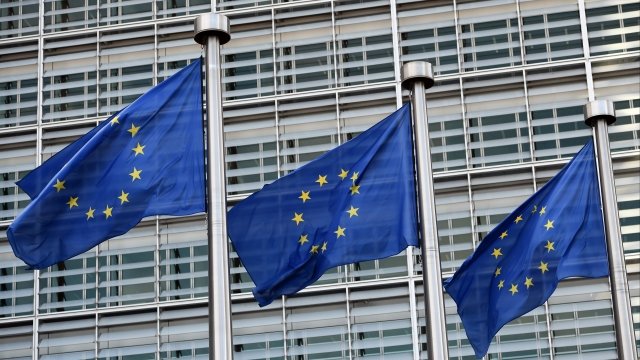 The European Union plans to follow through on its threat to slap new tariffs on U.S. goods.

Those new tariffs are in response to the Trump administration's decision to apply import taxes to steel and aluminum.

Last week, Trump decided to end those exemptions, and the tariffs went into effect on June 1.

Not surprisingly, the EU isn't happy about it. So now it's moving forward with new tariffs on dozens of U.S. exports, including clothing, whiskey, cranberries, motorcycles, orange juice, boats, peanut butter and more.

The EU also filed a complaint about the U.S. tariffs with the World Trade Organization. The group of nations has a secondary list of items that will be subjected to a new tariffs in three years or possibly sooner, if the WTO rules in the EU's favor.

The EU plans to have the first stage of its new tariffs go into effect in July.