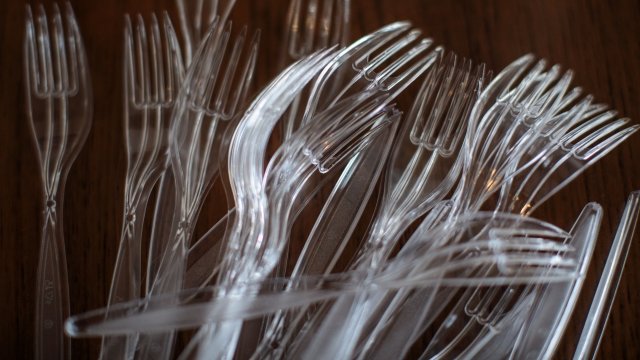 Come 2021, most plastics that can be thrown away after one use will be banned in the 28 countries that make up the European Union. The EU announced this agreement Wednesday in an effort "to protect the environment and reduce marine litter."

Minuscule particles and debris known as microplastics have polluted oceans and lakes. And for the first time, scientists found microplastics in human stool just a few months ago. While the impact on a person's health is unknown, it does suggest the debris is already in our food supply.

This comes one day after the EU reached an agreement for cutting vehicle carbon emissions. Both agreements are part of a larger initiative to reduce greenhouse gas emissions by 40 percent by 2030.