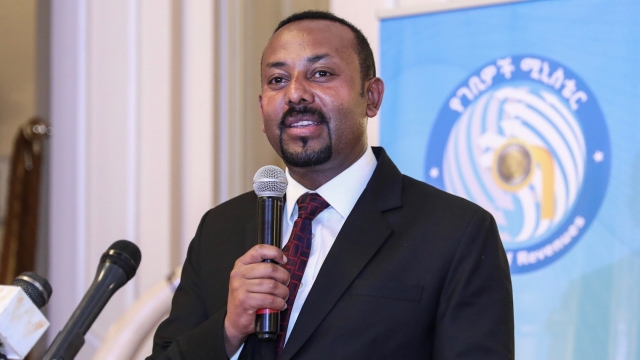 The Committee announced Friday it's awarding Abiy the Prize due to "his efforts to achieve peace and international cooperation, and in particular for his decisive initiative to resolve the border conflict with neighboring Eritrea."

Abiy managed to broker a peace deal with within months of taking office in 2018. Up until then, the two countries had been at odds with each other following Eritrea’s secession from Ethiopia in 1993. Tens of thousands of people were killed between 1998 and 2000 when a war broke out between the two over a border dispute.

The Nobel Committee also acknowledged some of the prime minster's other progressive accomplishments in the country since taking office, including "granting amnesty to thousands of political prisoners, discontinuing media censorship, and significantly increasing the influence of women in Ethiopian political and community life." He also vowed to hold "free and fair elections" in 2020.

Abiy said he was "humbled" by the Nobel Committee's decision, adding that "this award is for Ethiopia and the African continent. We shall prosper in peace!"