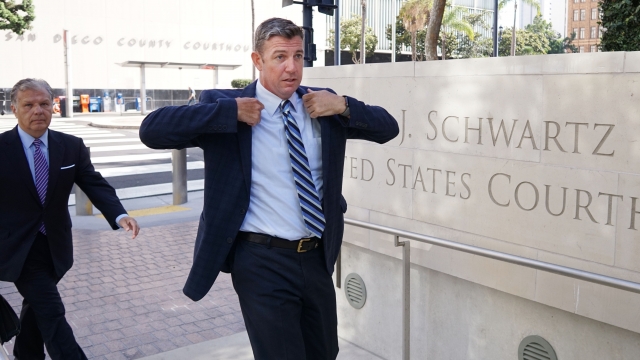 The Office of Congressional Ethics says there's "substantial reason to believe" that U.S. Rep. Duncan Hunter misused campaign funds for his personal use.

As part of its review, the ethics watchdog examined Federal Election Commission filings for Hunter's campaign committee from when he first took office in 2009 to 2016.

The report falls in line with the federal indictment against Hunter, which says he spent hundreds of thousands of dollars in campaign funds on things like a $14,000 vacation to Italy and even flying the family pet rabbit cross-country.

The OCE report also says Hunter used campaign funds to pay for his home utility and maintenance bills, as well as school tuition and dental work for his children.

It acknowledged that Hunter and his wife Margaret refunded his campaign more than $17,000 for "mistaken" or "personal expenses." The majority of that amount was paid back after media outlets began reporting on his misuse of campaign funds.

Hunter's already pleaded guilty to campaign finance violations, and is scheduled to be sentenced in March. He plans to step down from his seat in the House after the holidays.