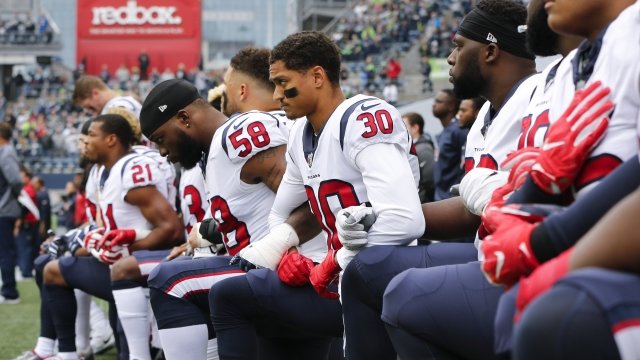 The announcement immediately attracted attention from a variety of outlets, despite the fact that not showing the anthem has become standard practice for most networks.

The playing of the national anthem has become a staging ground for protests, with some players taking a knee to protest racial injustice and police brutality.

President Trump has amplified the issue by attacking the protests in speeches, saying the players are disrespecting the flag.

The NFL announced a new policy in May, which would fine teams whose players protested by kneeling on the field during the anthem. After blowback from players and critics, the NFL suspended that policy in late June.