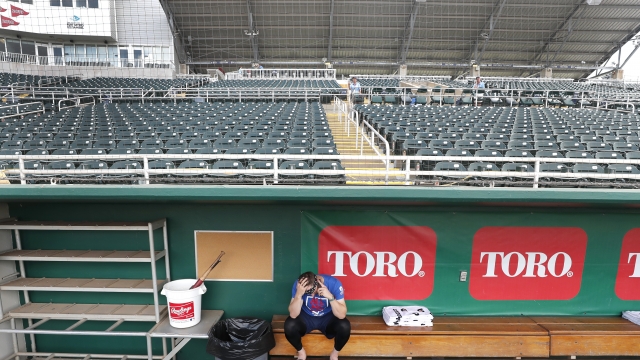 Major League Baseball has proposed returning with a 76-game season as opening day has been delayed amid the coronavirus pandemic.

The proposal, which was obtained by ESPN, includes paying players 75% of their full prorated salary over the shortened season. The package would feature a shortened spring training with plans to open the regular season in early July, and each league could send up to eight teams to the playoffs.

Members of the MLB Players Association weren't impressed; the two sides have been stuck in negotiations for months.

Due to fears of another wave of the virus in the fall, the league wants to end the regular season by Sept. 27 and wrap up the postseason by the end of October.

The MLB's first proposal offered a similar prorated salary with an 82-game season, but the players association countered with a 114-game season at full prorated pay. The league declined, and they've been at a standstill since then.

The two sides have already missed the June deadline which would have let the league return by July 4. Now the MLB awaits a formal response from the players association.