This Woman's Life Mission Is To Take On World Hunger 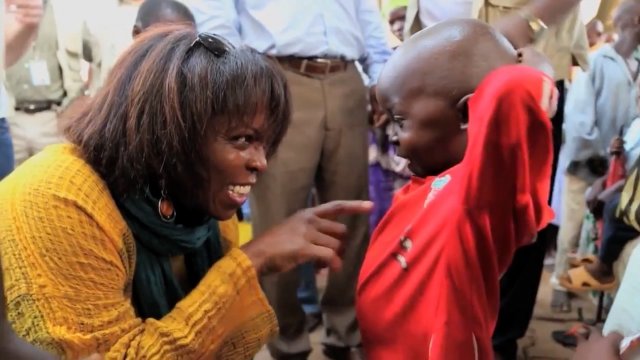 Poor nutrition results in the deaths of about 3 million children every year, according to an estimate from Mercy Corps.

Over 790 million people around the world, including in the U.S., don't get enough food to be healthy.

"Every child that's born any place in the world should have an equitable opportunity for a full life," said Ertharin Cousin, former World Food Programme executive director. "... When you see those stark differences, you realize that we're failing at a time when we have so much bounty in the world ... that there are children we are failing."

Those are the people who Cousin and thousands of other activists and aid workers fight for. 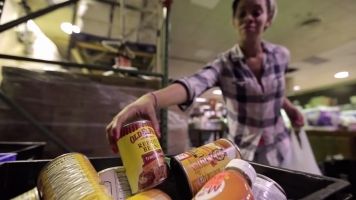 Why It Matters What's In Food Pantries

"What is possible is ending food insecurity and ending stunting," Cousin said.

Food insecurity is found in places where food isn't accessible for a number of reasons and where people don't know where they'll get their next meal. And a lack of food can result in stunting — where a child's growth is restricted.

"It will require collective action, and collective action means local and international actors working together with donors, as well as local governments and the private sector all working together with the planning and the implementation," Cousin said, "not in our efforts, but in our results. Because too often we look at 'I'm doing my piece,' not at what the results we're achieving."

Cousin is the former executive director of the World Food Programme — the largest organization in the world when it comes to fighting hunger.

"I was the first person of color to lead the WFP," Cousin said. "... When you're in sub-Saharan Africa or India, then you're talking about black and brown people around the world. For them to see somebody who looks like them. ... They took ownership of me."

Aid groups and other institutions working to fight hunger are up against new challenges, including a growing global population with a widening socioeconomic gap. Also, climate change can trigger droughts, making food more scarce.

A report put together by several organizations — including nonprofits — warns the aid world needs to transform to keep up with changing needs.

It said, "The legitimacy and efficacy of what we consider the formal humanitarian sector is eroding."

One way to address these issues is to seek more help from donors — but there's a catch.

"There was a time when it was not about how the money was spent; it was just ensuring that the work was performed," Cousin said. "That's no longer the case. And every aid organization as we go into the future recognizes that donors not only want to see the work performed — the results delivered, but they want to see it done efficiently and effectively."

Stanford University research shows when nonprofits take on strategies that businesses use, there's more transparency. Businesses are keen on tracking progress and data related to their company, which is a practice that ups transparency.

But beyond encouraging more donors to give by offering them transparency, work on the ground is important. That can include solving food insecurity, which Cousin has some ideas on how to tackle.

"It's very much about creating food systems that will support the access to nutritious foods for the people in those communities," Cousin said. "So it's not just about how much food aid can we move from one part of the world to another; it's about giving people the ability to feed themselves, feed their own families, making that food affordable as well as available. And in order for us to move forward, it's about the results. Measurable, sustainable and durable results when all of the actors are working together."

One possible way to see results is removing barriers for women so they can own land and get access to resources for farming. Getting rid of gender inequality in farming could help reduce hunger by as much as 17 percent, which Cousins says would need to happen on a national and local level with pressure from international actors.

"These women were no different, sitting in this field in South Sudan with absolutely nothing, than women sitting on the West Side of Chicago or in Houston, Texas, or Athens, Georgia," Cousin said. "They all want the ability to do for themselves and to have an opportunity to have hope for a better future. And that says that if we invest in their capacity to move forward, then we have the possibility of making change that is acceptable and provides opportunities for all of us to share moving forward."

"I'm passionate about what I do," Cousin said. "If I ever get tired, I just think about those stories and it keeps me moving and gives me the continued desire to tell these stories so that more people will recognize that yes, we're investing today, we're performing the work today, but we must do more."