Eric Reid Is Back In The NFL With The Carolina Panthers 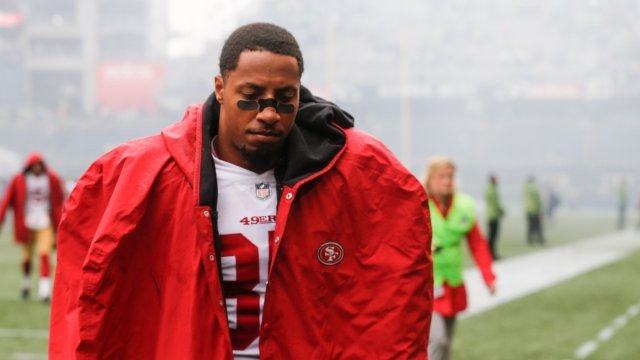 Former San Francisco safety Eric Reid is back in the NFL.

He's widely recognized as one of the first players to kneel alongside former teammate Colin Kaepernick during the national anthem in protest against police brutality and social injustice.

The Carolina Panthers signed Reid to a one-year contract on Thursday.

He's been a free agent since the 49ers didn't resign him this spring.

Reid filed a grievance against the NFL in May alleging collusion among NFL teams to avoid signing him because of his protests.

Panthers general manager Marty Hurney said Reid "helps improve us as a football team ... That’s why we made the move."

Kaepernick congratulated his former teammate in a tweet calling Reid an "all pro safety who should have been signed the first day of free agency."