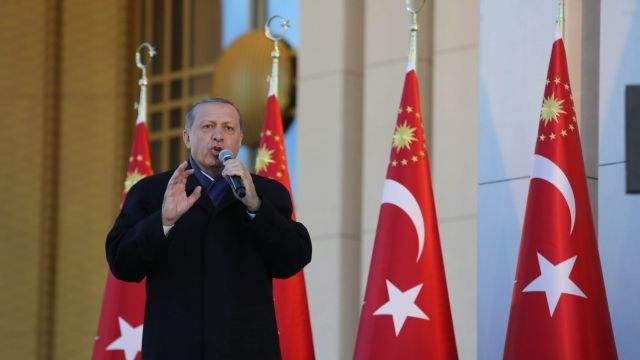 Turkey's president is tightening his grip on power in the country — again. Recep Tayyip Erdogan took back leadership of the AKP, the party he helped found in 2001.

The party met Sunday in Ankara to give control back to Erdogan.

To try and maintain presidential neutrality, Turkey's previous constitution didn't allow the president to be a member of any political party. But that rule and many others were changed in a recent referendum.

Erdogan will have unprecedented power within the country, controlling both the executive branch and the largest political party in Parliament. 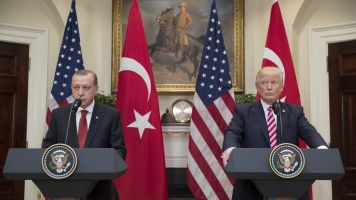 Pro-Erdoğan Violence In D.C. Is A Window Into The Crackdown In Turkey

And as head of the country and the party, he now has a lot more freedom to make political appointments based on favor rather than ability.

The AKP has served as a counterpoint to the more secular politics Turkey was founded on. And while the AKP is not officially a religious party itself, some worry it's moving the country away from its secular roots.

Erodgan has been consolidating power since a failed coup last July. Over 100,000 people have lost their jobs or been jailed or arrested in the past year.

The president blames the attempted coup on a movement run by exiled cleric Fethullah Gulen, who currently lives in America.

Turkey has been in a state of emergency since the coup attempt. Erdogan recently said he won't be lifting it anytime soon.