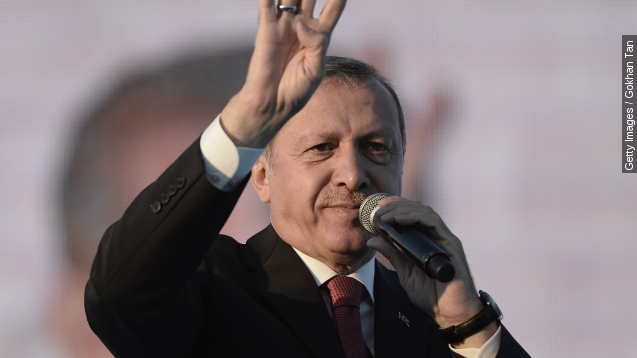 That's a big deal because Erdogan was looking to rewrite the country's Constitution — a "new Turkey" in his words, with an executive presidency that would give his office more powers.

Making way for Turkey's Kurdish minority, which passed a 10 percent vote threshold to get the Peoples' Democratic Party representation in Parliament. That party’s ideology is left-wing, secularist and pro-Kurdish.   (Video via Peoples’ Democratic Party)

It won over voters who've accused Erdogan of trying to turn the more ceremonial presidency into something of a dictatorship. One voter told The New York Times, "A lot of Turks abandoned their ideological preferences and voted strategically to derail Erdogan’s one-man rule." (Video via YouTube / Erdoğan Gönüllüleri)

This is the first time the A.K.P. has lost its majority in more than a decade, and it now faces the option of forming a coalition government within the next 45 days.