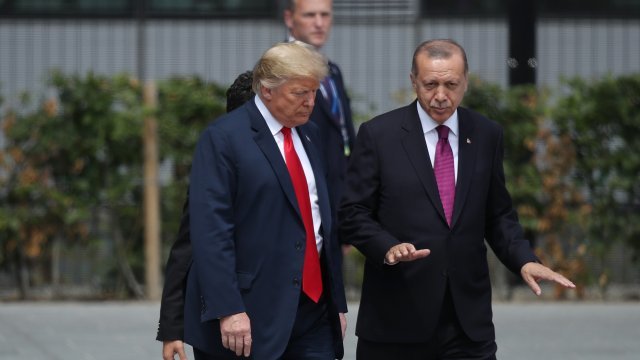 Last week, the Washington Post reported that an apparent deal between the U.S. and Turkey had fallen apart after a Turkish court ordered Pastor Andrew Brunson put under house arrest instead of returned to the U.S.

But Erdogan says no such deal was made. Instead, the Turkish president told broadcaster TRT the two countries had talked, but only suggested the U.S. could help by getting Israel to release a Turkish prisoner.

On Thursday, after it was reported Turkey wouldn't be returning Brunson, President Donald Trump suggested on Twitter that he was willing to impose sanctions on Turkey. Erdogan says the U.S. risked losing a "strong and sincere partner."