Equifax Says Passport And ID Images Were Stolen, Too 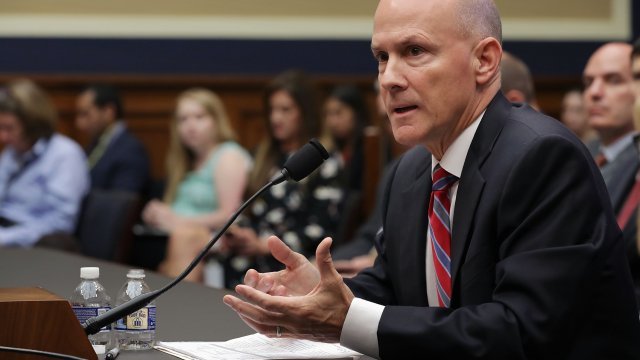 About 56,000 ID images were in a database that was hacked.

Equifax now says those affected by its massive breach last summer may have also had images of the their passports and IDs stolen.

The company revealed the information in an SEC filing.

Some users of a data portal for disputes on the Equifax site uploaded photos of passports, driver's licenses, Social Security cards and other types of ID to identify themselves.

Equifax says the database was breached and contained 53,000 driver's licenses and other IDs as well as 3,200 passports.

Equifax said in September people affected by the breach only had part of their driver's license information stolen. Hackers also gained access to a variety of information including names and addresses.