'Equalizer 2' Gives Denzel Washington One Of His Best Debuts Ever 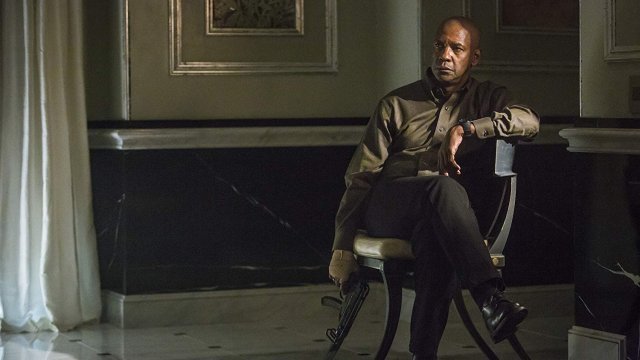 SMS
'Equalizer 2' Gives Denzel Washington One Of His Best Debuts Ever
By Jamal Andress
By Jamal Andress
July 22, 2018
This is the first sequel of Washington's nearly 40-year career and the best debut he's ever had for a solo star vehicle.
SHOW TRANSCRIPT

Taking the No. 1 spot this weekend in a photo finish is Denzel Washington's "The Equalizer 2," bringing in an estimated $35.8 million in its debut weekend. This is the first sequel of Washington's nearly 40-year career and the best debut he's ever had for a solo star vehicle.

Washington's first go as Robert McCall brought in just a little less than "Equalizer 2" during its debut weekend, but it ultimately more than tripled the studio's investment, topping out at $192 million worldwide.

With any luck, "Equalizer 2" will follow a similar path — we all see how well the "geriatric assassin" formula worked out for Liam.

The "Equalizer 2" pulled in a 50 percent on the Tomatometer, which isn't far behind the first film — not to mention moviegoers seem just as happy with watching Denzel creatively injure people this time around as in 2014.

Taking the No. 2 spot this weekend is another highly anticipated sequel — "Mamma Mia! Here We Go Again" brought in an estimated $34 million in its domestic debut. While that debut couldn't beat out Mr. Washington, it is better than analysts expected.

But much like the original "Mamma Mia!", this film's bread and butter is the foreign box office. Over the weekend, "Mamma Mia 2" managed $42 million from overseas, pushing the worldwide total past $70 million. Not bad for the first three days.

The original "Mamma Mia!" ended up becoming a bit of a phenomenon across the box-office world, bringing in more than $460 million on a relatively small $52 million budget. It's hard to expect lightning to strike twice, but according to the Tomatometer, the sequel is the better film.

Falling to No. 3 this week is "Hotel Transylvania 3: Summer Vacation," bringing in an estimated $23 million in its second week out.

As for next week, Tom Cruise, a helicopter and a rope. You can hear the music already, can't you?