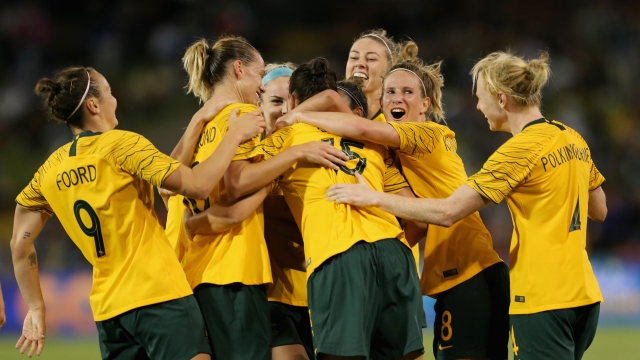 Australia's top soccer players, regardless of gender, will now be paid equally as a result of a landmark deal.

In a statement, the chairman of the country's governing soccer body, the Football Federation Australia said, "With this CBA, the next generation of aspiring Australian kids can see a pathway that oﬀers a sustainable career, a chance to be an Olympian, and the lure of playing at a FIFA World Cup — regardless of your gender."

As part of the deal, the parental leave policy will also be upgraded to provide a "higher level of support" for Matildas players during pregnancy and after.

On Twitter, Matildas player Elise Kellond-Knight said: "Thank you to everyone involved in this momentous day! From past to present. So many have played a part to help grow the game to where it is today. But remember, we're not finished yet."

This agreement comes as the U.S. women's national team and the U.S. Soccer Federation prepare for a trial in May 2020 over equal pay.