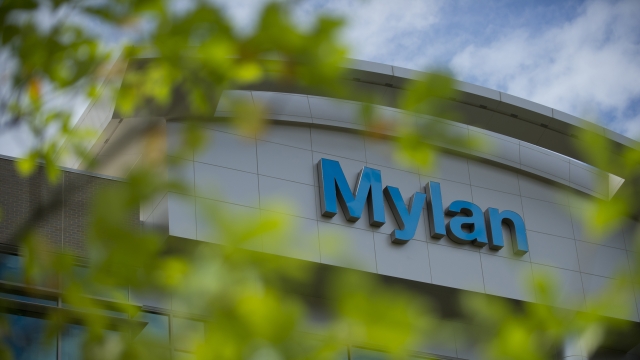 With the rising cost of EpiPens making headlines, people are turning their attention to the pharmaceutical company Mylan and its CEO, Heather Bresch.

So how much money does the company make? For the 2015 fiscal year, Mylan took in $9.45 billion in adjusted total revenue. The specialty segment of its business, which includes the EpiPen, had net sales of $1.2 billion.

As the head of the company, Bresch made a pretty penny in 2015. Her base salary is relatively modest at a little over $1.3 million, but when you factor in other perks and earnings options, her total compensation for 2015 was almost $19 million.

Does all this sound familiar? A pharmaceutical CEO under scrutiny after the price of a drug skyrockets? It should.

Martin Shkreli and Turing Pharmaceuticals faced their own problems after the price of a drug used by HIV patients went from $13.50 to $750 per pill.

Shkreli took to Twitter to try to come to Bresch's defense, "Amazing people complain about Mylan CEO salary when it is $1.3m, very average for a huge company." Notice he used her base salary, not her vastly larger total compensation.

Senators are calling for an investigation into the EpiPen price increase, and that could make for an uncomfortable Senate hearing. Bresch's dad is West Virginia Sen. Joe Manchin.