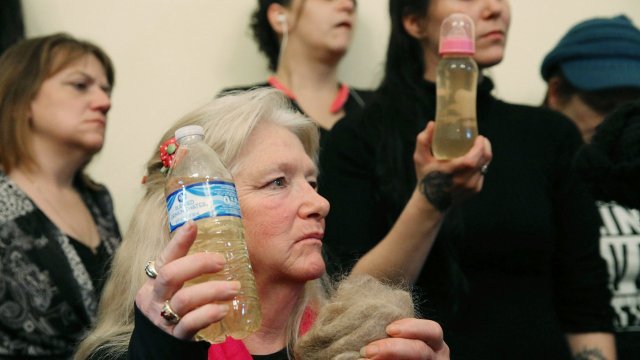 A new report from the EPA's Office of Inspector General blames local, state and federal officials for the Flint water crisis.

The EPA's Office of Inspector General said federal, state and local officials all share the blame in the Flint water crisis.

The report highlighted the lack of oversight at each level and the delays to address the contaminated water supply.

The office blames the city as well as the state of Michigan for not protecting Flint from lead contamination. It also said officials did not maintain the proper "corrosion control treatment" for the city's water pipes.

The federal government didn't escape blame either. The watchdog said the EPA was slow to respond, despite getting multiple complaints about contaminated water in Flint. It also said EPA officials did not have an effective management system in place to enforce some regulations and communicate them properly.

As for recommendations, the report wants state officials to overhaul the way they monitor drinking water. The Inspector General recommends the EPA, among other things, improve its oversight and establish clear roles to address an issue. It also asks the EPA to create a system that properly handles future complaints about drinking water.