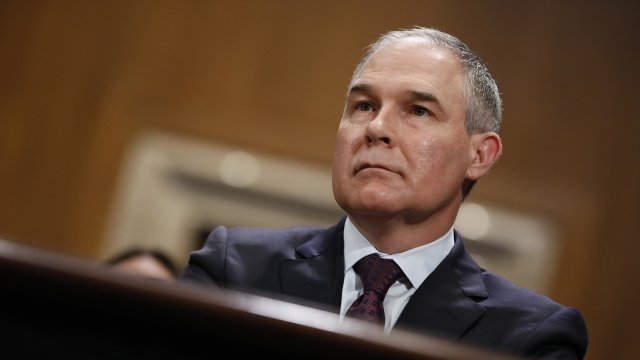 An Environmental Protection Agency watchdog found former EPA Administrator Scott Pruitt spent more than twice as much on his security detail than his predecessor.

That's according to a report by the EPA Office of the Inspector General. It also found Pruitt had around-the-clock security and a total of 19 security agents while his predecessor, Gina McCarthy, had six her last year in office.

According to Politico, the EPA claimed the additional detail was because Pruitt was threatened and at risk from protesters. But the report points out the EPA does not have a standard in place to determine the amount of security needed.

The report concluded "The increased costs associated with this undocumented decision represents an inefficient use of agency resources."

The EPA responded to the internal report saying “Some protectees are at risk simply based on the positions they hold."

Pruitt resigned in July over what he called "attacks" by the media. He's been under investigation for a number of his spending habits while heading the EPA, including expensive taxpayer-funded trips, a $43,000 soundproof phone booth and a D.C. apartment he and his daughter rented from the family of an energy lobbyist.