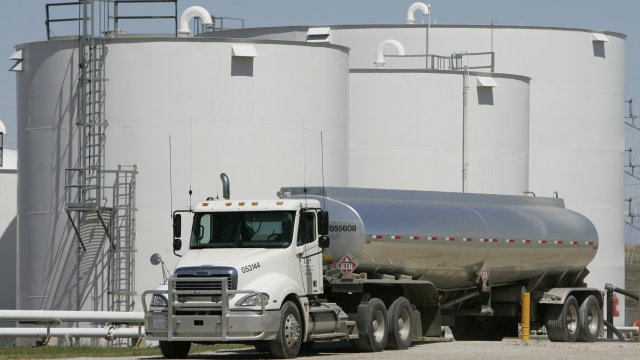 Certain methane regulations on the oil and gas industry would be weakened under proposals advanced by the EPA. That move would rescind oversight set by the Obama administration that was aimed at fighting climate change.

The Wall Street Journal reports that the new rules will be go into effect this week, pending a final sign off from the White House Office of Management and Budget.

The rule change will mean oil and gas companies will no longer be required to have procedures and systems to detect methane leaks.

Under the new rules, the nation's largest pipelines, storage sites, and other transmission systems will be removed from EPA oversight of smog and greenhouse-gas emissions.

The Journal said small and midsize oil and gas producers complained the requirement for regularly checking for leaky valves, pipelines and tanks was too costly and made it unprofitable to drill in some locations. Twice-a-year inspections will still be required.

Senate Minority Leader Chuck Schumer has called the methane rollback a, quote, “dagger in the heart to preserve the planet.”