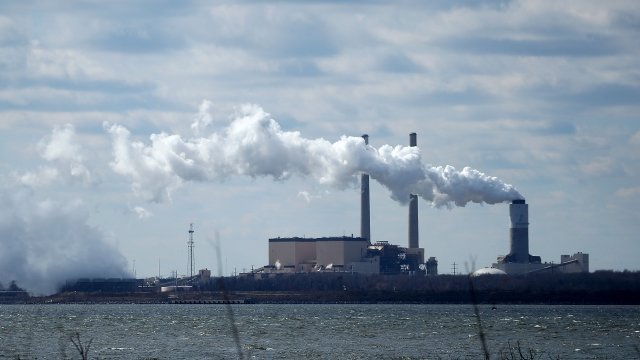 The EPA has rolled back an Obama-era regulation on the handling of coal ash produced by power plants.

The ash is a toxic byproduct created by burning coal. It contains mercury, cadmium, arsenic and other heavy metals. In 2015, the EPA increased inspections of disposal sites and began requiring certain precautions such as liners on new waste pits to prevent leakage into groundwater.

The new rule, put in place Tuesday by acting EPA chief Andrew Wheeler, would allow states to suspend groundwater monitoring under certain conditions, and it extends the life of already existing coal ash ponds by over a year. Some of those pits are very close to groundwater tables.

Industry groups have been trying to change the 2015 rule since President Donald Trump came into office. One petition to the administration said the rule jeopardized the "economic viability" of coal power plants.

CNN reports that the EPA plans to address other proposed changes to the Obama-era rule later.