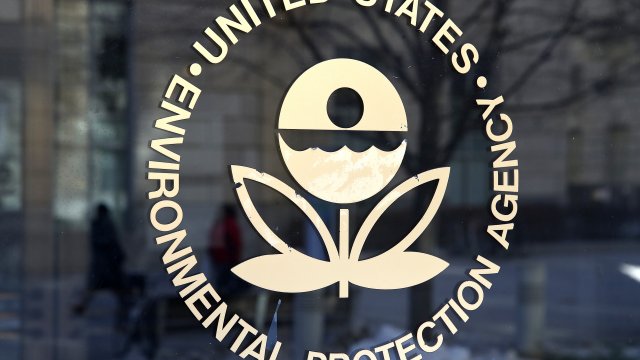 SMS
EPA Announces Plan To Deal With Dangerous Chemicals In Drinking Water
By Ahmed Jawadi
By Ahmed Jawadi
February 14, 2019
​The EPA said it will take steps to set a limit for two PFAS chemicals by the end of the year.
SHOW TRANSCRIPT

EPA Acting Administrator Andrew Wheeler announced Thursday the agency's plans to regulate and clean up a class of man-made chemicals known as PFAS. The chemicals are used in everyday products like nonstick cookware and stain-resistant carpets, as well as firefighting foam. The CDC says long-term exposure can affect growth and development in children, lower women's chances of getting pregnant and increase the risk of cancer.

The EPA said it will take steps to set a limit for two PFAS chemicals by the end of the year. It also said it will issue cleanup recommendations for contaminated sites and conduct more research into the chemicals to prevent future contamination.

A report from a nonpartisan advocacy group suggested up to 110 million Americans could have PFAS in their drinking water.

The EPA first announced plans to regulate and classify the chemicals as hazardous last year. The plan was supposed to be released last fall but was pushed back, partly due to the partial government shutdown.