EPA Reportedly Spent Over $100K On First-Class Flights For Pruitt 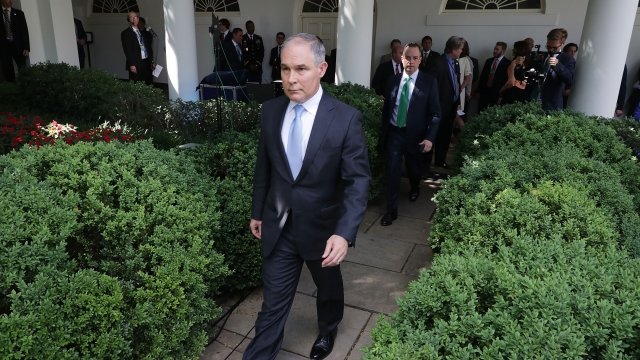 The Environmental Protection Agency reportedly spent more than $105,000 on first-class airline travel for its administrator Scott Pruitt during his first year on the job.

That's according to Politico, which obtained EPA records turned over to the House oversight committee.

Politico noted that sum is on top of the $58,000 Pruitt spent in taxpayer funds last year to travel on charter flights and a military plane.

The EPA's inspector general has been investigating Pruitt's taxpayer-funded trips. The agency reportedly told the congressional committee that Pruitt's security team required him to be near the front of planes after identifying "ongoing threats."

Going off the same EPA records Politico obtained, The Washington Post found Pruitt has spent almost $68,000 on flights and hotel stays over the past seven months.