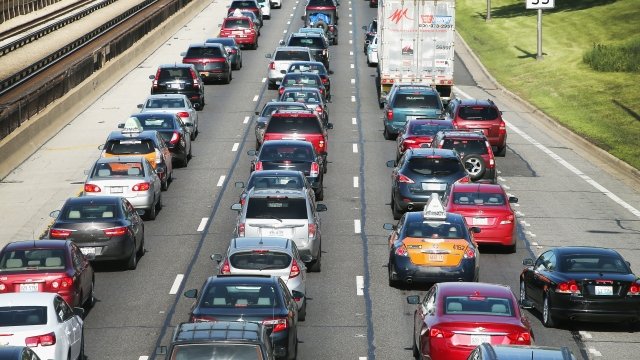 The Trump administration is reportedly gearing up to scrap an Obama-era policy that set fuel-efficiency goals for vehicles.

While in office, then-President Barack Obama ordered automakers to nearly double the average fuel economy of new cars and light trucks to 54.5 miles per gallon by the 2025 model year.

More than a dozen major automakers asked President Donald Trump to reverse that policy, saying the increased standards would be costly and don't fall in line with customer preferences. And earlier in March, Trump said he'd ordered the Environmental Protection Agency to review the fuel-economy targets.

The New York Times now reports EPA Administrator Scott Pruitt already sent the White House a draft proposal, and a final proposal could be announced within the week.

If the Trump administration does roll back those fuel-economy standards, the Los Angeles Times reports it could set up a battle between the federal government and California.

The Golden State has a waiver under the Clean Air Act that allows it to enforce its own vehicle emission standards, and other states are allowed to follow California's lead.

Currently, California and the federal government's standards are identical, but if that ended up not being the case, car manufacturers might have to set up multiple production lines to comply with both sets of rules.