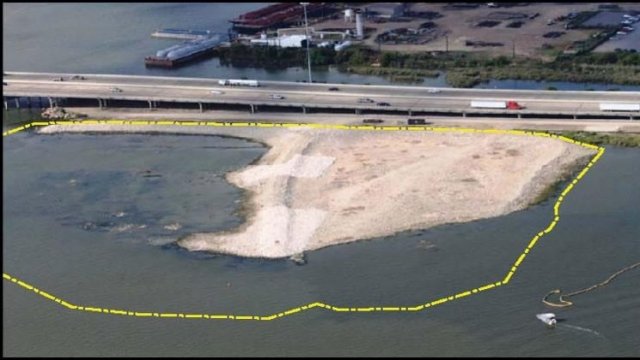 SMS
EPA Removes Site Flooded By Harvey From Priority Cleanup List
By Ethan Weston
By Ethan Weston
April 16, 2018
In a statement, the EPA said significant progress has been made on the site.
SHOW TRANSCRIPT

The Environmental Protection Agency has decided to remove a toxic waste site that was flooded by Hurricane Harvey from its priority cleanup list.

The San Jacinto Waste Pits are contaminated with carcinogenic waste and are located next to homes, schools and the San Jacinto River. When Harvey hit, contamination was found up and down the river, and EPA chief Scott Pruitt ordered a full cleanup of the site six months ago.

Last week a judge ordered two companies responsible for the waste in the pits to come up with a plan to clean it up. They're expected to take more than two years to make that happen.

Pruitt also removed a superfund site in Nevada from the list and added three other sites.