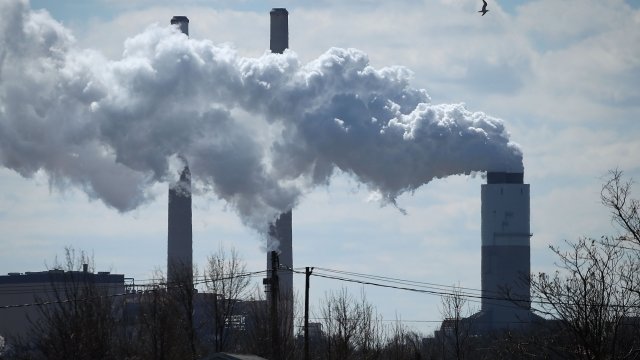 The EPA said in a news release that restricting emissions is not "appropriate and necessary" because the cost of implementing the restrictions — which, it estimates is between $7.4 and $9.6 billion a year — outweighs the public health and safety benefits, at just $4 to $6 million.

But the Obama administration had estimated an extra $80 billion in health benefits from the prevention of heart and lung disease deaths linked to the particulate matter that is released along with mercury. Under the Trump administration, the EPA will no longer count any benefits that are not directly related to mercury itself.

Environmental activists worry that the new rule would make it harder to impose other regulations in the future, by making it easier for energy companies to challenge mandated restrictions in court.

With that being said, the EPA said it's not looking to get rid of the rule. The public will be able to comment on the proposal for 60 days after it's published in the Federal Register before the final rule is issued.