EPA Transparency Rule To Move Forward Despite Concerns From Scientists 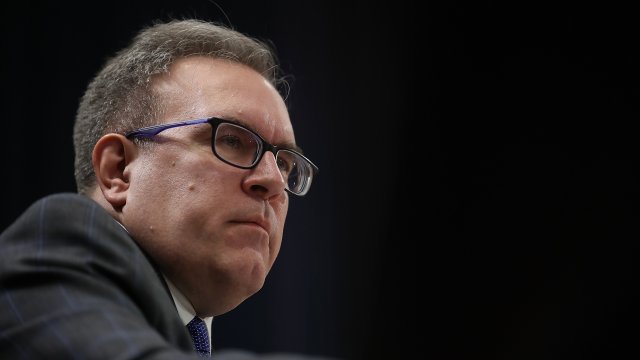 The Environmental Protection Agency announced Thursday it will move forward with its proposed science transparency rule in 2020, despite concerns from many in the science community.

The rule was initially proposed in 2018 by former EPA Administrator Scott Pruitt. It demands that the science the EPA uses in making decisions is “fully transparent and that underlying scientific information is publicly available.” In addition, the rule requires the science it takes under consideration to be reproducible.

The rule is highly controversial.

Scientists argue the requirements of the rule would disqualify much of their research from being taken under consideration by the EPA, as they can't publish their supporting material without invading patients' privacy. Disclosure for the transparency required by this rule could reveal identifying details and full medical histories of individuals involved in the research. That would violate federal medical privacy laws.

As a result, scientists say this could have a dramatic impact on future EPA rules regarding air pollution, toxic chemicals and water contaminants, as decisions would be made without taking into account the full scope of research available.

Dozens of scientists have spoken out against the science transparency rule since its proposal. Close to 70 professional and public health organizations, including the American Heart Association and the American Medical Association, released a joint statement condemning it.

But EPA Administrator Andrew Wheeler defended the rule Thursday in testimony to the leaders of the House Science, Space and Technology Committee. He told representatives the EPA intended to issue a supplemental proposed rule early next year.

“We ensure we are not disclosing private or confidential information. Other agencies already do that and we can do the same," Wheeler said.

When asked whether he would commit to waiting for the conclusion of the science advisory board’s comprehensive review before finalizing the rule, Wheeler said the EPA hopes to have that.