The EPA Is Investigating The Jackson, Mississippi Water Crisis 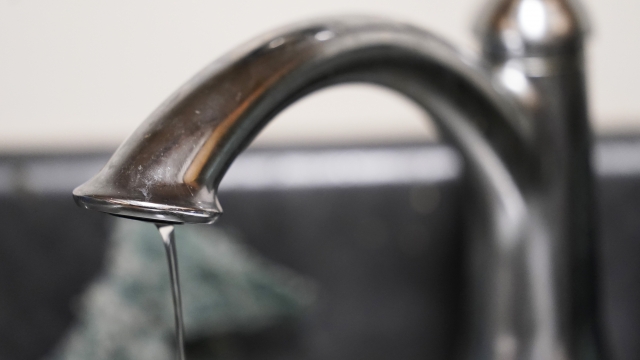 People are still drinking out of bottles, the water is still coming out brown and residents are still getting "boil water" notices.

Earl Jackson, an 88-year-old New Orleans transplant, is an avid cook. He moved his family to the capital city after running away from Hurricane Katrina. The water comes out of his tap, but it's nothing a person would want to cook with. One of Jackson's weekly chores is to stock up on bottled water so he can put his seasonings to work.

An independent watchdog in the Environmental Protection Agency is now investigating the water crisis. It will conduct interviews, gather data and analyze compliance with regulations and policies of the water system.

For now, Mississippi's governor says crews have fixed one of two key pumps that help run the city's water treatment plant, but some lawmakers are worried the quick fix won't last.

"Some of our pipes throughout the city are one inch, and we need to two-inch lines," said Hinds County Rep. Christopher Bell. "Those one-inch lines that we have already in the ground are going to burst."

It's estimated it will cost $1 billion to fix Jackson's water system the right way.

"There may be more bad days in the future," said Mississippi Gov. Tate Reeves. "We have, however, reached a place where people in Jackson can trust that water will come out of the faucet."

But "trust" is in short supply, so the bottles keep coming.

The state's emergency agency is still handing out cases of water.

Shunquita Harris, with the Mississippi National Guard, lives in the same community, with the same water issues that many of the people she's passing water out to face.

"I think the beauty of it is making sure someone else is okay over myself, because I know at the end of the day I'll be taken care of," Harris said.

That spirit is strong, but it doesn't get Jackson past the cold hard truth: This city has never had enough money to run a functioning water treatment system, and finding $1 billion to make it work sounds like a pipe dream.

It will take two rounds of clear samples in order to lift the boil water notice, which has been going on for about 40 days.

The city is actively filling out paperwork to apply for funding to try and fix all the issues for the long term.

The Biden administration says the governor needs to make a major disaster declaration in order for the federal government to step in and supply more funds to the city.