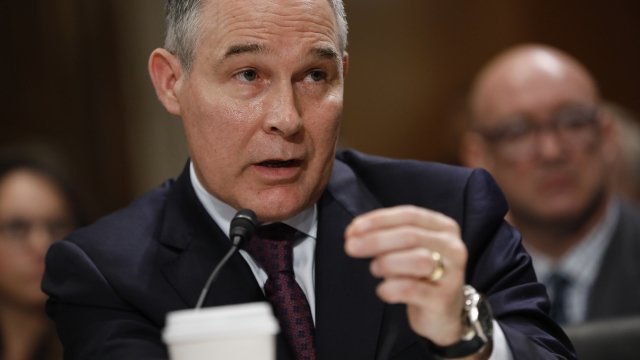 Environmental Protection Agency head Scott Pruitt is the subject of another investigation. Specifically, the agency's inspector general is probing Pruitt's use of his large security detail on personal trips.

Pruitt's abundant spending on travel and security have led to several investigations by the White House, the Government Accountability Office, the Office of Government Ethics and both chambers of Congress. The EPA inspector general alone reportedly now has at least six separate inquiries into Pruitt's activity.

The latest investigation revolves around Pruitt bringing his security detail on trips to Disneyland, the Rose Bowl and basketball games in Oklahoma.

EPA officials have defended Pruitt's around-the-clock security due to an increased number of threats against him. But a recent letter from two senators questions that claim. The senators point to classified documents they say show Pruitt had only faced 16 "threats" as of October 2017. Those included a postcard that read, "CLIMATE CHANGE IS REAL" and "We are watching you," a protest at one of Pruitt's speeches, and a letter from someone already behind bars.