The Trump Administration's Numbers About The Coal Industry Are Way Off 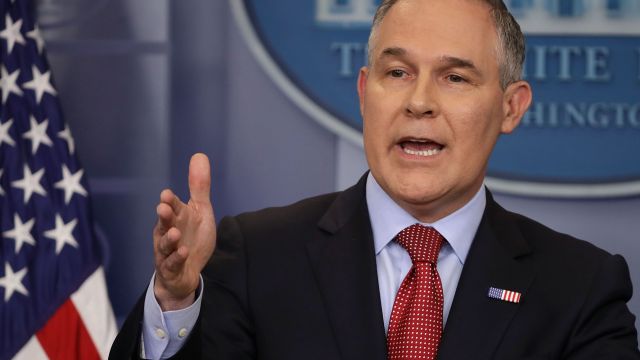 SMS
The Trump Administration's Numbers About The Coal Industry Are Way Off
By Grant Suneson
By Grant Suneson
June 6, 2017
EPA Administrator Scott Pruitt said the coal industry added 50,000 jobs recently, but the real figure was only about 1,000.
SHOW TRANSCRIPT

One of President Donald Trump's main rationales behind pulling the U.S. out of the Paris Climate Accord was to save American jobs, specifically in the energy sector.

"Coal — and I happen to love the coal miners — down 86 percent," Trump said at his speech announcing his decision to leave the Paris Agreement.

EPA Administrator Scott Pruitt said that Trump's effort to prop up the coal industry has been successful.

"Since the fourth quarter of last year, to most recently, [the Trump administration] added almost 50,000 jobs in the coal sector. In the month of May alone, almost 7,000 jobs," Pruitt said on NBC's Meet The Press.

But according to the federal government, that's not even close to accurate. The Bureau of Labor Statistics says the entire coal industry employs just over 53,000 people — total. 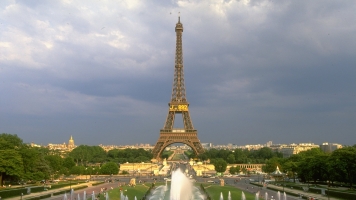 The coal sector reportedly added about 1,000 jobs in the past eight months. And President Trump wasn't in office during the fourth quarter of 2016.

Critics have said the focus on coal and fossil fuels will actually cost Americans jobs because other countries will make breakthroughs in renewable energy.

China plans to invest more than $360 billion in projects like wind, solar and geothermal energy by 2020.

France's President Emmanuel Macron even openly invited Americans to move to France to work in the clean energy sector.

"To all scientists, engineers, entrepreneurs, responsible citizens who were disappointed by the decision of the president of the United States, I want to say that they will find in France a second homeland," Macron said.

But there's still a lengthy withdrawal process. The U.S. wouldn't leave the Paris accord until Nov. 4th, 2020 — which happens to be the day after a presidential election.