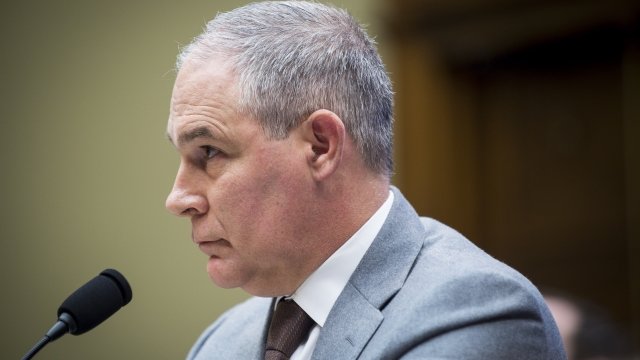 SMS
EPA Head Faces Investigation Into His $43K Soundproof Phone Booth
By Jake Jones
By Jake Jones
April 18, 2018
Office of Management and Budget Director Mick Mulvaney said his office is looking into the phone booth and other expenses.
SHOW TRANSCRIPT

Specifically, Mulvaney said his office would look into Pruitt's $43,000 soundproof phone booth. Pruitt used agency money for the booth without telling Congress. That violates the Antideficiency Act, which could, in theory, end with Pruitt being charged with a crime.

Pruitt is under multiple investigations for his spending, which includes a large, round-the-clock security team, first-class travel and large raises for two of his senior staffers.

EPA officials have argued the privacy booth was necessary for Pruitt's work.