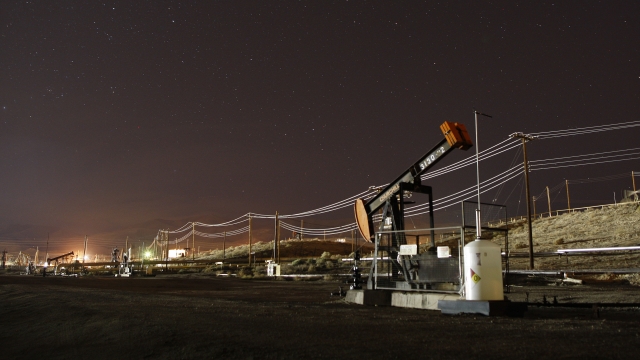 Fracking can contaminate drinking water, according to a new study by the Environmental Protection Agency.

Fracking is a way of extracting oil and natural gas by injecting water combined with certain chemicals into the ground, forcing fossil fuels into a well.

SEE MORE: Fracking Makes The Ground Swell, And Knowing That Might Make It Safer

And the report warns that basically every step of that process — from pumping water for use in fracking to disposing of the wastewater — can pollute drinking water.

That's probably not going to sit well with President-elect Donald Trump. During his campaign, he promised to loosen fracking regulations. And he recently picked pro-fracking politician Rick Perry to head the Energy Department.

The EPA does admit it couldn't actually calculate how often fracking affected drinking water or how severe the impact actually was at a national level. But the agency says that didn't impact its ability to assess the issue at a local level.

The new report is a complete turn-around from last year's draft of the same report, where the EPA said it found no evidence that fracking contaminated water.