Enya's 'Dark Sky Island' Will Make You Float All Over Again 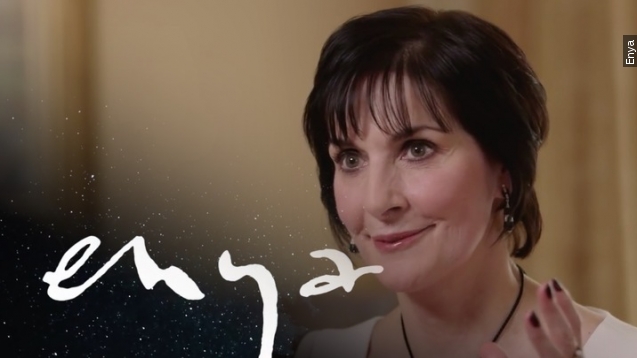 The ethereal Irish singer is back to soothe your soul with her first album in seven years, "Dark Sky Island."

With all the excitement surrounding Adele's new album, you might've missed the news that ethereal Irish singer Enya is back.

"Wait for the sun, watching the sky," Enya sings on her new album.

You remember Enya, right? Your parents probably do. She's the one who told us to take a nautical journey ages ago.

Enya's new album, "Dark Sky Island," is her first project in seven years. So, where's she been? After releasing music pretty regularly since 1987, she decided to take a break.

"When we finished 'And Winter Came,' we felt it was time to leave the studio for a while," Enya said.

There's a familiarity with this Enya album: smooth vocals and pizzicato strings over ambient sound — that's basically "Echoes In Rain." But Enya told Entertainment Weekly working on "Dark Sky Island" was like "a first album ... because there was so much to write about."

While a tour might not be in the cards for Enya — who has never toured — she isn't ruling it out. BBC reports fans can expect to float during a televised U.S. performance sometime this year. (Video via Warner Music Group / Enya)