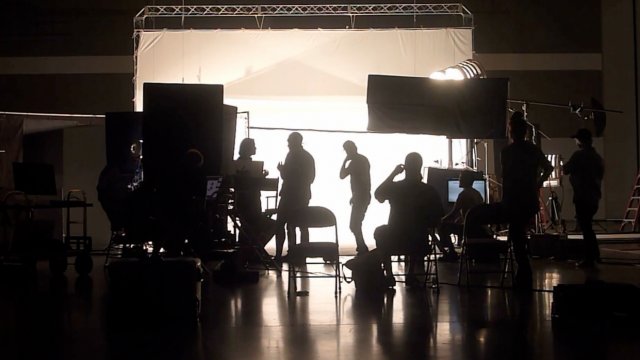 Jaime Rosegren: "When they say four weeks, it's like OK. Well, we can do four weeks. But when they say three to six months, that's scary."

Jaime Rosegren has worked in entertainment for over a decade — in the art departments of movies like "Black Panther" and "Captain America: Civil War" and TV series like "The Americans."

Her last day on a set was last weekend, after studios began halting productions in accordance with CDC guidelines to prevent the spread of the coronavirus. She's now one of thousands of entertainment workers across the country facing sudden unemployment.

Rosegren: "Just in my union alone, there are over 5000 people. … All in all, our state has between 12,000 and 15,000 people employed in the entertainment industry, and that's just union workers. That doesn't include, you know, production assistants who are non-union. So, that number grows exponentially when you include those folks."

Entertainment workers like Rosegren are now filing applications for unemployment benefits. The number of applications across the U.S. rose last week to 281,000 — the highest weekly total since the aftermath of Hurricane Harvey in 2017.

The recently enacted Families First Coronavirus Response Act helps provide relief to many workers around the country, but many entertainment workers don't qualify. And that's because — like freelancers — they work project-to-project, rather than through one single employer.

The International Alliance of Theatrical Stage Employees — Rosegren's union — argues that a support benefit should "include workers who have a bona fide, good faith offer to work that gets canceled due to the coronavirus."

Rosegren: "It gets very frustrating because all anyone thinks about is like Hollywood, and the actors and the directors and the producers, but the bulk of entertainment workers are skilled laborers. … We are the ultimate gig economy. I have friends in live entertainment, and their shows were canceled two or three weeks ago. So they've been out much longer than me and they make less money."

For now, Rosegren says she and her husband — who also works in entertainment — are fine for the short-term and are able to receive some help from their union. Their fears are more about the long term, because even after the social distancing measures are over and studios restart productions, many worry that the economic hardships will linger. It could force companies to cut back on spending and overall "change the industry forever."

Prof. Dustin York: "I think best-case scenario is individuals, organizations are provided relief and have a quick jumpstart to get back to where we were pre-coronavirus. I think that's the best-case scenario. … I think worst-case is people are still scared, right? … So, how long will it be for — culturally for us — to get comfortable to open up pocketbooks, be willing to say, OK, this was a short term thing. Let's get back to where we were just six months ago.'"