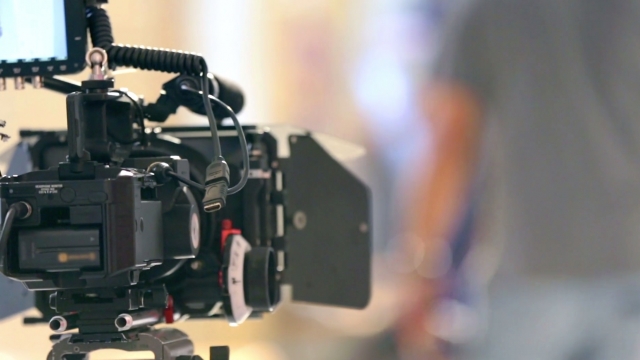 For the very first time ever, unemployment benefits will be expanded to support freelancers and gig workers.

James Moran: "We were supposed to shoot the week of April 13, I think. As things — as the news broke, and it got worse and worse and worse, they finally came to the realization that we just can't do it."

According to data from IMDb, more than 5,000 films and TV series were in production or post-production when the coronavirus pandemic hit — and it's safe to say that most of those projects have been halted or slowed due to quarantine measures.

Overall, the International Alliance of Theatrical Stage Employees — or IATSE — estimates that 120,000 entertainment workers have lost jobs since the start of the coronavirus outbreak. Assistant director James Moran is one of the thousands facing an uncertain future.

Moran: "I lost about a month of work. Because I have weeks of prep and then shoot and all that stuff. And not only myself, the entire crew that was set up to do it, it's just, you know, out of it for a month."

Many industries have been hit hard by the coronavirus: The Department of Labor said more than 3 million unemployment claims were filed during the third week of March.

But for entertainment workers — many of whom work project-to-project rather than through one employer — the pandemic highlights the disadvantages freelancers and gig workers face when seeking relief and unemployment benefits.

Moran: "The majority of these unions are made up of working crew who go job by job, movie by movie, TV show, you know, whatever it is. … We're always in a state of trying to find a job. So for those that were currently employed when things started to shut down, that's just throwing them into a loop because the way we as a whole, I would say, live our lives is not necessarily paycheck to paycheck but job to job, in a way that we go, 'OK, look, I just got this job.' Nothing's ever a sure thing."

Jaime Rosegren: "I had all of December and all of January off, and I had planned for it. But all of the money that I had set aside to make it through that time is gone."

As more and more jobs were lost in the entertainment industry, members and advocates for IATSE sent over 80,000 letters to Congress "urging lawmakers to include displaced entertainment workers in a federal aid package."

Following support from lawmakers and other industries that rely on gig workers, the $2 trillion stimulus measure now provides unemployment compensation for freelancers. It's the first time nontraditional employees have been included in this sort of economic relief package.

Sen. Mark Warner: "Finally, you know, I've been talking about this for the last four years that, you know, a lot of our system doesn't take care of folks who have multiple incomes. You know, somebody is an IT consultant, and working on their own deal, and driving an Uber, and maybe renting out their apartment, Airbnb. That whole world of 1099 gig workers, freelancers, have not been taken care of."

Warner: "My hope as well will be that, you know, even if it's in the rearview mirror, we can continue to make some of these changes permanent."

Beyond the stimulus package, companies like Netflix and entertainment unions like the Screen Actors Guild and Directors Guild of America are creating funds to help support the industry in the wake of the pandemic. Outlets including CBS and Fox Sports also announced they would still pay the workers originally booked for the canceled NCAA Tournament and 2020 Tokyo Olympics. Moran is thankful for those responses, but he also hopes to hear back from more distributors.

Moran: "The unions have been very good. I think it would be nice just to hear from the distributors. And you don't have to make an announcement of Variety — you can, because it'll get to everybody. But you can hit all the unions and say: 'Hey, tell your members, we understand it. It's terrible. But as soon as we can, we're going to get stuff back up and running.'"