Why Is The Scripps National Spelling Bee Hard? Because English Is, Too 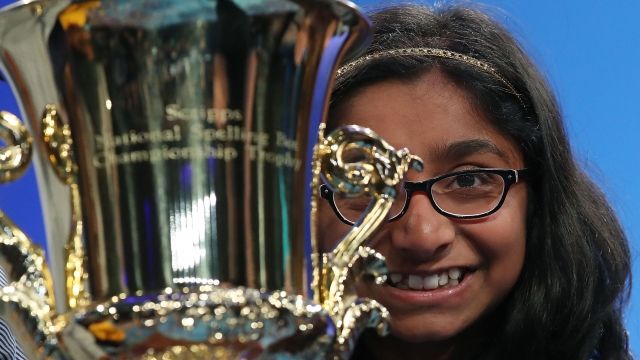 SMS
Why Is The Scripps National Spelling Bee Hard? Because English Is, Too
By Tyler Adkisson
By Tyler Adkisson
June 2, 2017
Since 1996, contestants have spelled over 14,000 words and missed about 1 in 4 of them.
SHOW TRANSCRIPT

That's one of more than 14,000 words contestants at the Scripps National Spelling Bee have tried to spell since 1996. Even though most competitors are native English-speakers, they still miss about 1 in 4 words. This contest is difficult.

There are a lot of possible words. A committee picks them from Merriam-Webster Unabridged English dictionary, which has nearly half a million entries.

Plus, English isn't the easiest language to decipher or understand. It borrows obscure words from other languages that have a lot of tricky rules. 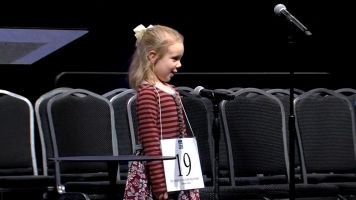 This 5-Year-Old Qualified For The Scripps National Spelling Bee

For example, one contestant tried to spell "jacopever" — a South African fish — but botched three letters and added an extra one.

English spelling rules aren't the easiest to grasp, either. The language is full of homophones — those are words that sound alike but aren't spelled the same, like "censer," "censor" and "sensor."

Those homophones are also subject to the dreaded "schwa." The "schwa" is the most common vowel sound in English, and even though it only appears in unstressed syllables, it can be spelled with any vowel, like the A's in banana or the second O in chocolate. It even affects the letter Y in words like syringe.

It's also hard to know when words have double letters, like RR and LL.

In fact, the contestant who misspelled the last word of this year's bee, "marram" — a type of grass — got tripped up by the "schwa" and double letters. He missed the extra R and interpreted the "schwa" sound as an E instead of an A.