England, Wales To Allow Civil Partnerships For All Couples 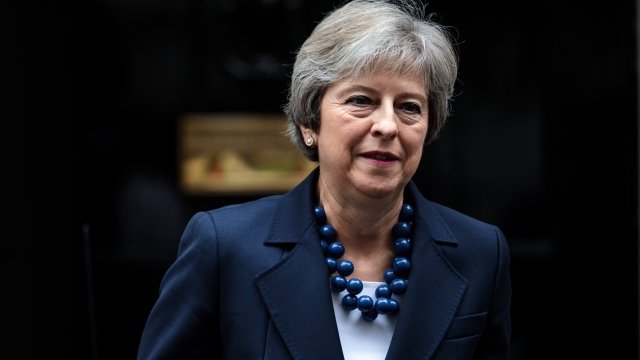 SMS
England, Wales To Allow Civil Partnerships For All Couples

By Cristina Mutchler
October 2, 2018
U.K. Prime Minister Theresa May announced that heterosexual couples will be allowed to choose a civil partnership instead of marriage.
SHOW TRANSCRIPT

All couples in England and Wales will have the option of entering into a civil partnership instead of a marriage, U.K. Prime Minister Theresa May announced.

That means any couples living together in those countries can choose to have their relationship legally recognized without the marriage component.

Before the announcement, only same-sex couples could be granted a civil partnership.

The reform comes after a U.K. Supreme Court case brought forth by an unmarried couple. They argued the current law was discriminatory toward heterosexual couples. The court agreed, but left it up to Parliament to decide the next steps.

Those in favor of the change say civil partnerships allow people who object to the idea of marriage to still have the same legal and financial protections.

In the U.S., domestic partnerships and civil unions are determined by state and local jurisdiction, meaning the federal government doesn't recognize those rights or benefits for domestic partners.

May said the move will give all couples "the same choices in life." The U.K.'s equalities minister said the change in law will happen "as swiftly as possible."