England Will Ban Pet Stores From Selling Puppies And Kittens 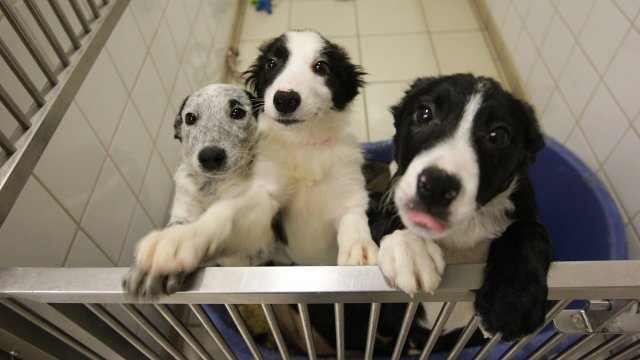 The ban comes after a public comment period where 90 percent of respondents supported prohibiting sales at third-party locations. Once it goes into effect, people will have to get puppies and kittens younger than six months old directly from a breeder or shelter.

This is actually the second change this year that impacts pet sales. In October, England started enforcing a number of new rules, including a ban on selling puppies or kittens under eight weeks old and blocking online pet sales.

The third-party sales ban will only affect England, and it's an attempt to crack down on puppy farms. Known as puppy mills in the U.S., these large-scale commercial breeding facilities often lead to terrible living conditions for the animals.

Animal sales at pet stores aren't directly tracked in the U.K., but an estimated 40,000-80,000 puppies are sold in Great Britain each year.

The ban needs to go through Parliament, and the U.K. ministry overseeing animal welfare expects that to happen in 2019.