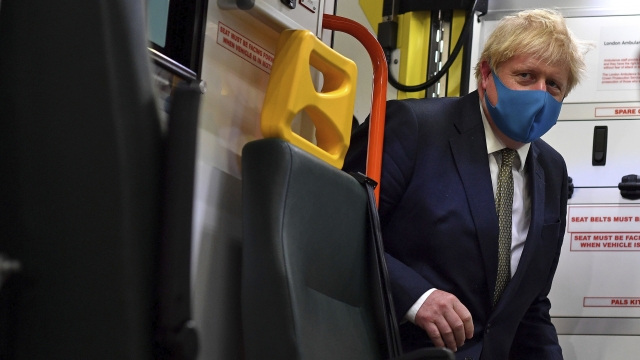 By LeeAnne Lowry
July 24, 2020
Anyone age 11 or older must wear a mask in many indoor public spaces.
SHOW TRANSCRIPT

In England, anyone age 11 or older entering enclosed public areas such as shops, banks or supermarkets now must now wear a face mask.

The rule — which exempts people with certain health conditions or disabilities — went into effect less than 12 hours after the government announced it. Anyone who defies the mandate could be fined as much as $127. The chairman of England's police union said officers will only be called in as a last resort.

Some places that already have strict COVID-19 regulations — like eat-in restaurants and hair salons — don't have to comply.

The U.K.'s daily cases peaked in April and sharply declined in May and June. Prime Minister Boris Johnson says that while the country has done well to curb the spread, the virus "is still there." He said he expects the country to be "well on the way past" the virus in a year.